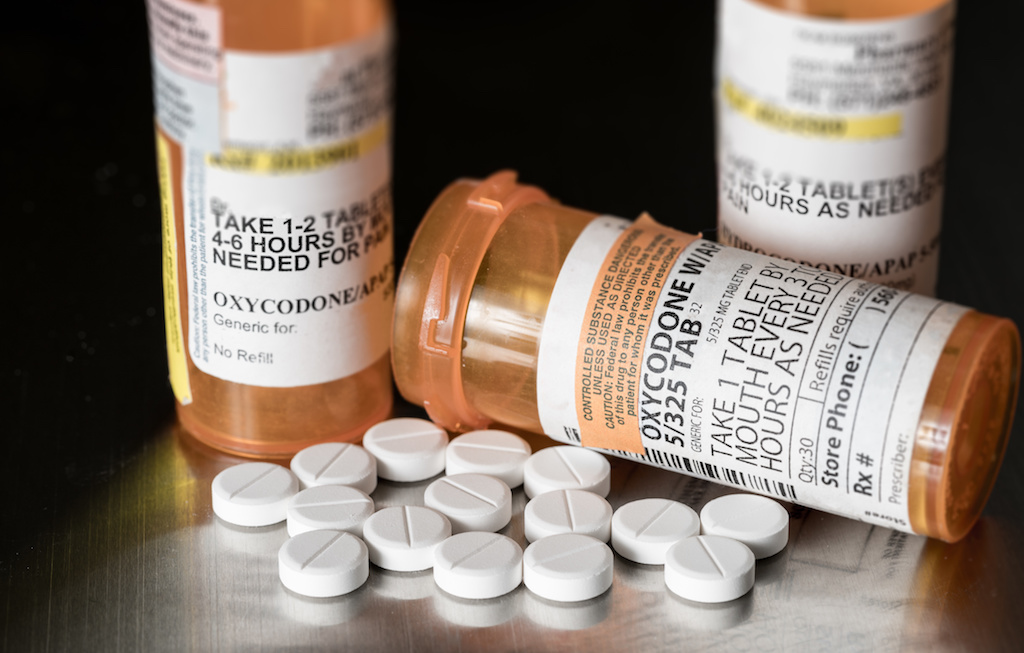 The House provided an almost unanimous vote to allow a task force to be formed which will be dedicated to dealing the opioid crisis. The Joint Task Force to Combat Opioid Trafficking will work to find new methods to deal with the crisis.

Dealing with a Crisis

More than 47,000 people died because of an overdose on opioids in 2017. Agencies would be able to team up as they battle the traffickers of opioids. In practical use, the Customs and Border Protection would share information with UPS, FedEx and the postal service. The Department of Homeland Security would work with other agencies from the federal level all the way down to the local level to stop these dangerous drugs from coming into the country. The state and justice departments would work together to find out who was behind the illegal drugs.

While many illicit drugs exist, not many are more dangerous or more popular than opioids. For example, heroin is one of the easiest drugs to buy on the street for anyone because it’s so cheap. Dealers mix pure heroin with other substances to expand their supply and bring in more cash. Some of the mixes are downright dangerous.

A heroin overdose can be fatal if not caught in time. Many first responders are carrying Narcan with them to give to anyone having an opioid overdose. Opioids affect the person’s breathing. It slows down their breathing as well as other organs when they become oxygen deprived. When the body’s processes become too slow, they can die.

One of the reasons the opioid crisis is so widespread and prevalent is because of the access to prescription medications. Hydrocodone and oxycodone are two opioid prescription pain killers. They are meant to be given to patients short-term, but they are often prescribed for much longer than recommended. The patients develop a dependency on them even after they have healed from the condition which led to the need for the medications.

If the person can’t get a prescription from the doctor, they may begin looking for it on the street. They may also switch to heroin and other illegal drugs, which are even more dangerous.

The Dangers of Opioid Overdose

Signs of an opioid overdose include slowed breathing, nausea and vomiting and fatigue. The person may be slow to respond. If they don’t receive treatment right away, they can go into respiratory failure as organs shut down. The end result is death or severe damage to the brain and other systems.

An overdose can happen when someone takes too much of the drug or when it is mixed with other drugs. For this reason, street opioids such as heroin become very risky since the person may not know what they are mixed with.

The new task force will be focused on getting these drugs out of the hands of average citizens and finding out how they are getting into the country to prevent further crises. Sharing of information between departments and agencies will help facilitate results to reduce the epidemic which has spread across the country.

Comments
Related Topics:opioidoverdose
Up Next 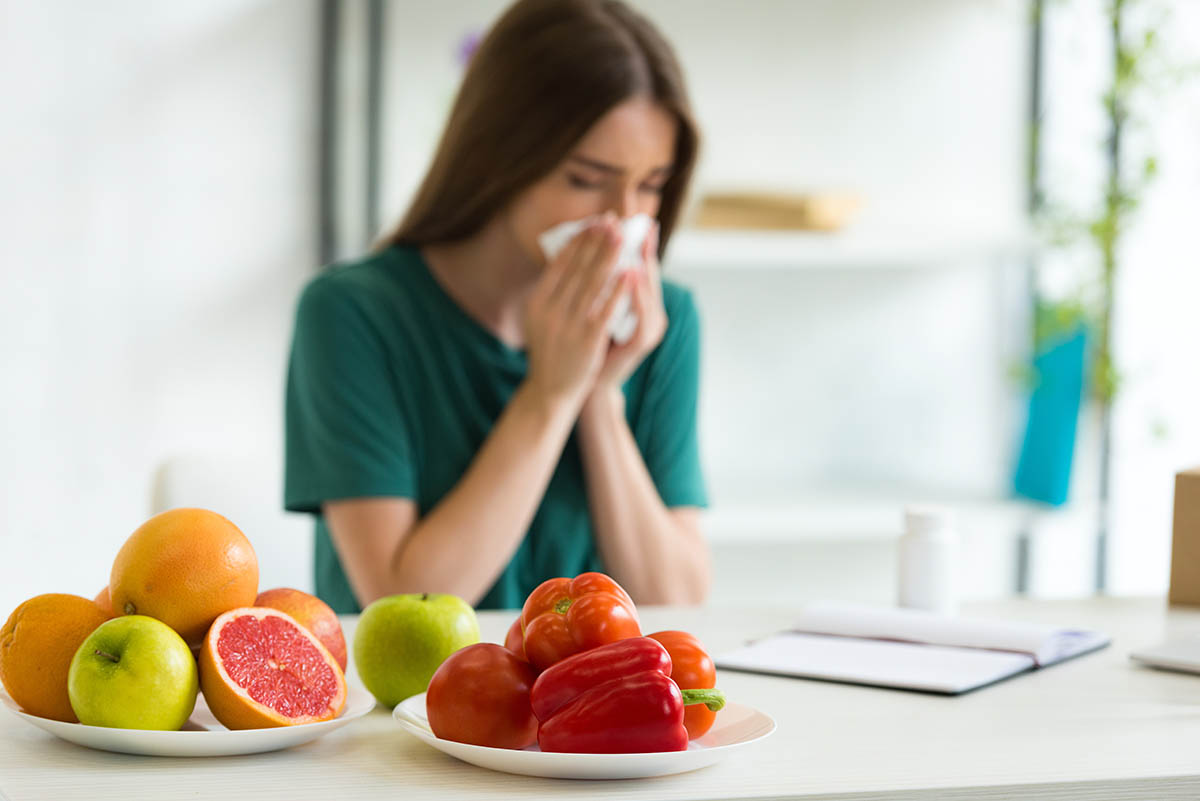 A group of medications which are used to treat blood cancers may also help those who suffer from life-threatening allergic reactions. These medications are known as BTK inhibitors, and they may help people with known drug and food allergies.

Researchers have been testing these drugs in lab experiments. They have determined that they may stop anaphylaxis. This is a condition which occurs when someone is exposed to a trigger food or other substance and develops a severe reaction. Symptoms of anaphylaxis include rapid heart rate, inability to breathe and dropping blood pressure. Insect stings, especially with bees, can also cause this condition.

According to the Asthma and Allergy Foundation of America, at least one in 50 suffer from this condition in America. It may be as high as one in 20. Currently, the main method of treatment for these people is avoidance. It can be a bit tricky for those with certain types of allergies, such as an allergy to peanuts. Palforzia is a medication which as recently been approved by the FDA to help children avoid severe reactions from peanuts.
Allergy shots are also given to prevent anaphylaxis from allergy triggers, especially insect stings. While these treatments can be quite effective, they are limited to a specific type of allergy.

BTK inhibitors would cover a broad spectrum of allergies. If they work for these situations, they wouldn’t depend on the type of allergy. BTK inhibitors block the enzyme which sets off the reactions to allergens.

Studies on BTK Inhibitors and Allergies

The tests used lab mice and showed that three different inhibitors blocked the responses to allergens. These tests follow two other small studies that were conducted on humans. One study focused on cancer patients. It found that those who were taking Imbruvica had less of a response to pollen and cat dander when they were exposed.

The second study showed that people who were given this medication had a lower reactivity when given standard allergy skin tests after just a few days of taking Imbruvica or ibrutinib.

While these results are promising, doctors recommend caution. There is concern for side effects with the medications. Some of these side effects which are currently known are a drop in white blood cell counts and pneumonia. The drugs haven’t been approved for use in children.

If the medications are effective against food allergies, they would have to be taken on a regular basis. It’s often difficult to predict or detect exposure to certain foods, which can be accidental.

Another concern is with the cost of the medication, which is currently at $15,000 for a single month’s supply. This steep price tag puts them out of reach for most people who suffer from allergies.

Even though test results are promising, critics remain cautious. However, they do agree that more testing is worthwhile. Allergic reactions are common and those that are life-threatening can happen quickly with no notice. Until a drug is determined to be effective, patients must remain diligent about exposure to allergy triggers.

A Drug May Reduce Risk of Brain Injury

A study has discovered that a drug may reduce the risk for traumatic brain injury after an accident, such as a car crash. The drug would be given within a few hours of the trauma.

Clinical trials were conducted in London with a tranexamic acid (TXA), which prevents the breakdown of blood clots. The result is that it would prevent blood from getting into the brain, which occurs in a TBI or trauma to the brain. The study was quite large with 12,000 patients either receiving TXA intravenously or a placebo. They were located in 29 countries at just under 200 different hospitals.

The results showed that patients who were given the medication within three hours of the trauma lowered their risk of death. The best results were seen in those with either mild or moderate brain injury. There was no significant improvement seen in patients with severe brain trauma.

No harmful side effects were noted and no more disability in those who received the medication. TXA has already been recognized for its benefits with chest and abdomen wounds. The researchers noted that TXA can’t repair any damage that is done in a traumatic brain injury, so time is of the essence. The study showed that the effectiveness of TXA was reduced by about ten percent for every 20 minutes that went by without treatment.

Traumatic brain injury is caused by severe trauma to the brain from an outside force. In a car accident, the person may hit their head on the windshield or other part of a car. It can cause them to lose consciousness, but that is not always the case. In some instances, a person can have a TBI and not realize it.

Other symptoms of a TBI include blurred vision, headaches and tiredness, problems remembering things, and vomiting. The symptoms can show up right away or be delayed for a few days. The loss of consciousness can happen for just a few seconds or longer.

The problem with traumatic brain injury is that many people may not realize they aren’t well if their other injuries have healed. TBI can last for days, weeks or even years. It may cause permanent damage to the brain. While severe brain trauma will be evident right away, mild trauma may not be diagnosed immediately. And even though it may not lead to death, it can have a severe impact on the quality of life for the person. They may no longer be able to do the same things as before or require more help with activities.

The impact of a TBI is more than just mental. They may lose the ability to function in other ways, depending on the area of the brain that was damaged. It can impact speech, thinking and even physical movements.

It is critical to get treatment as early as possible after an injury to the brain. Even if you feel fine after a car accident or other incident, you should get checked out. You don’t want to wait until symptoms show up hours or days later. By then, you could have suffered permanent injury. 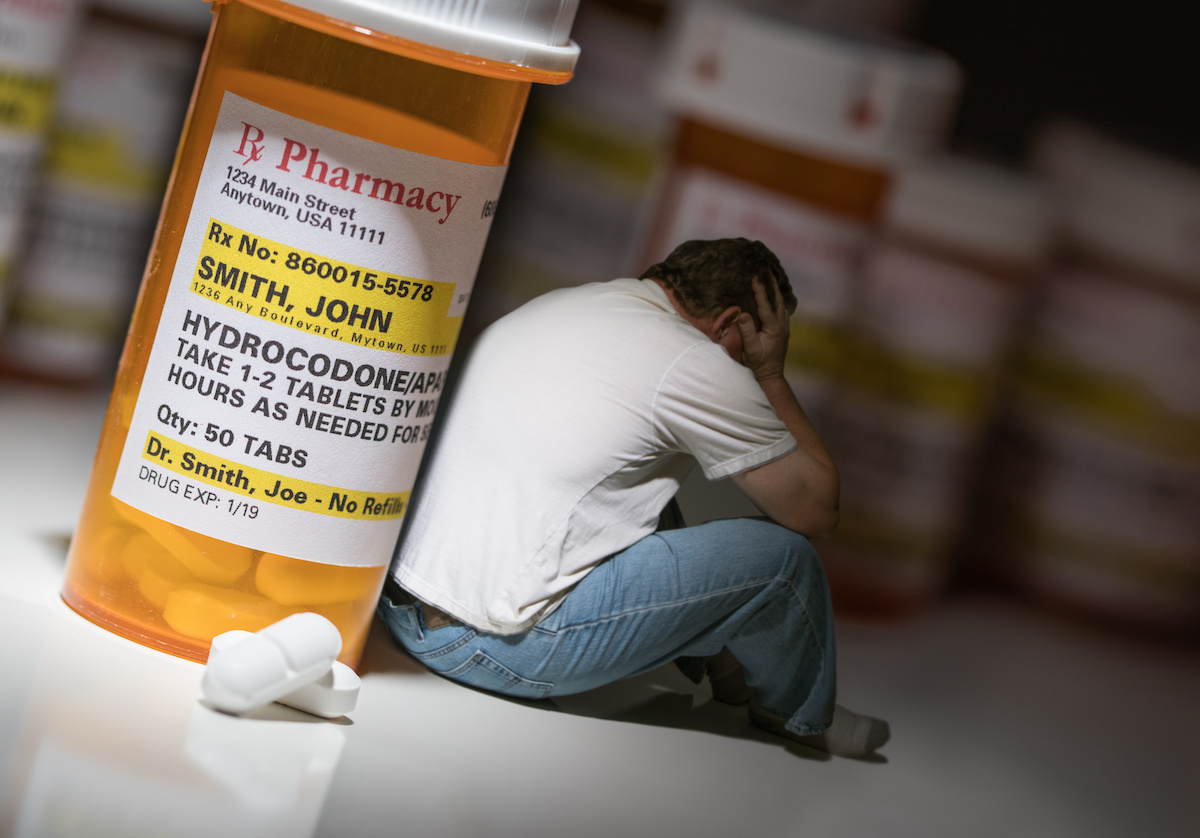 According to the Massachusetts Department of Public Health, the leading cause of deaths at work is opioid overdoses. The report showed that 220 deaths occurred at a workplace in 2017. Of those, one-fourth were from accidental overdoses of opioids.

The most common industries to see this issue was in food service, accommodation construction and real estate. The number of deaths from opioid overdose has tripled from 2011 to 2016. The average age of those who died was 39.

Next to overdoses, falls, car crashes and suicide were the most common causes of death in the workplace. Workers being hit by a vehicle was also on the list. Almost all of the victims are male at an astonishing 90 percent. Almost 80 percent were non-Hispanic whites.

Opioids are often prescribed as painkillers for an injury or medical condition. They are generally meant to be short-term, but some people continue taking them for longer. The risk for dependency goes up with long-term use.

The most common way for a person to overdose on opioids is by mixing them with other drugs or taking them for longer than what is necessary. This situation can happen at work if the person is hurting from the job and takes more pills or a different pain pill after taking their opioid prescription. Sometimes, a person can give one of their prescription medications to someone who has been hurt or is complaining of pain. They may think it will help, not realizing the risk that comes from taking a prescription that isn’t yours.

An overdose can cause a seizure. A person may aspirate on their vomit when they have taken too much of the medication. The medication can slow down breathing to the point that they aren’t getting enough oxygen, which causes respiratory depression. If it continues, the person will die because the brain and other organs didn’t get enough oxygen to function.

If someone is overdosing on opioid medication, time is critical. Emergency help needs to be contacted right away. They may have a medication called Narcan that will stop the effects of the opioid until the person reaches the hospital.

Employers need to be aware of the risk for overdose with their employees. A person doesn’t need to be a drug addict to be more likely to overdose on opioids. If they mix their prescription medication with other medicines or take more than the prescribed amount, they could become the victim of an overdose. Employers can teach their workers about the dangers of overdose in employee training. It’s also helpful to teach them what an overdose looks like, so they are better equipped to respond in an emergency if it should happen in the workplace.