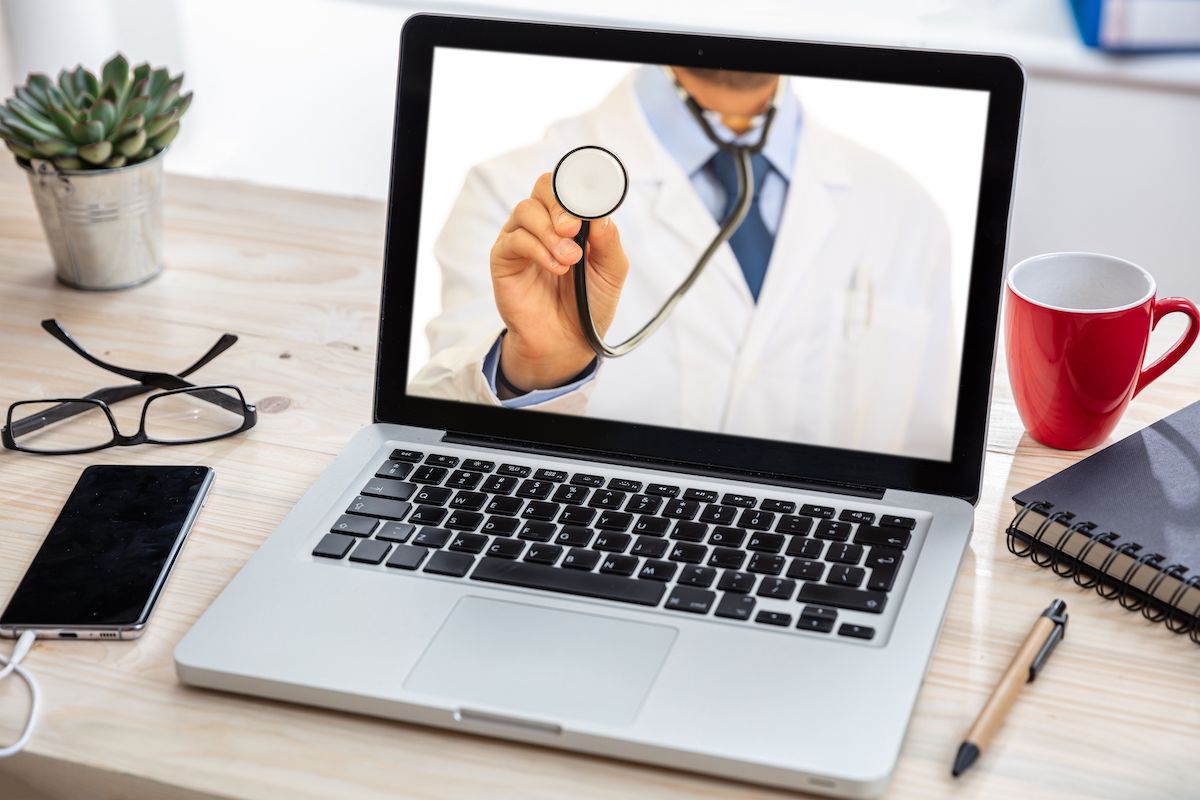 With the fears surrounding COVID-19 keeping more people at home, patients are going to the doctor for checkups and even illnesses less than before. To compensate for the loss of in-person care, more clinics and health professionals are using alternative methods for treatment. However, with the rise of telemedicine, there is cause for concern.

Telemedicine has been seeing increased usage for some time, but that process has gained traction with the pandemic. New parents who didn’t want to get their little ones out would call a number that put them in contact with a nurse who would listen to their symptoms and advise care. Elderly patients might get a call from their doctor to refill prescriptions rather than being seen in person.

Today, telemedicine is moving more to the forefront of treatment for all kinds of people. Doctors are using video visits for routine wellness checkups and prescription refills. It is allowing more people to get medical care without increasing the risks with contagious illnesses.

The Concerns with Telemedicine

Doctors have voiced some concerns when it comes to treating patients online. Besides the fact that they are unable to interact with the patient and offer support and comfort in the same way, it can also be hard to diagnose the person in the same way. Along with hearing about symptoms, doctors look for signs in the person’s behavior to help them provide an accurate diagnosis or at least guidance on the next step or right test.

For example, a patient with a heart condition could be difficult to diagnose over a video because the doctor can’t touch their legs, listen to the heart or take the blood pressure to provide an accurate diagnosis. Some symptoms can be indications of various illnesses, such as a headache or dizziness. An exam would be necessary to know what is causing these common symptoms.

Another concern is accuracy of information provided. If a patient sends a picture of a rash to their medical provider, it may be blurry or in dark lighting. The doctor may have a difficult time determining the cause because they can’t clearly see the details.

In situations where a doctor cannot make a confident diagnosis, they must decide if they will prescribe treatment from the video exam or phone call or if they must require a physical exam. Standards and requirements haven’t been set for telemedicine, which leaves it up to the normal liability that a doctor has. There is also the concern about neglect or abuse from medical professionals, which is fairly easy to determine with in-person visits. However, it can be more complicated with video visits.

The rate of growth for telemedicine has been increased due to the coronavirus. However, laws and standards haven’t had the time to catch up. Doctors are concerned with protecting their reputations and practices while still providing adequate care virtually for their patients. This is uncharted territory that has the potential for much good and danger of malpractice as well.

Risks in Hip Replacement Surgery May Increase Based on Method Used

Risks in Hip Replacement Surgery May Increase Based on Method Used 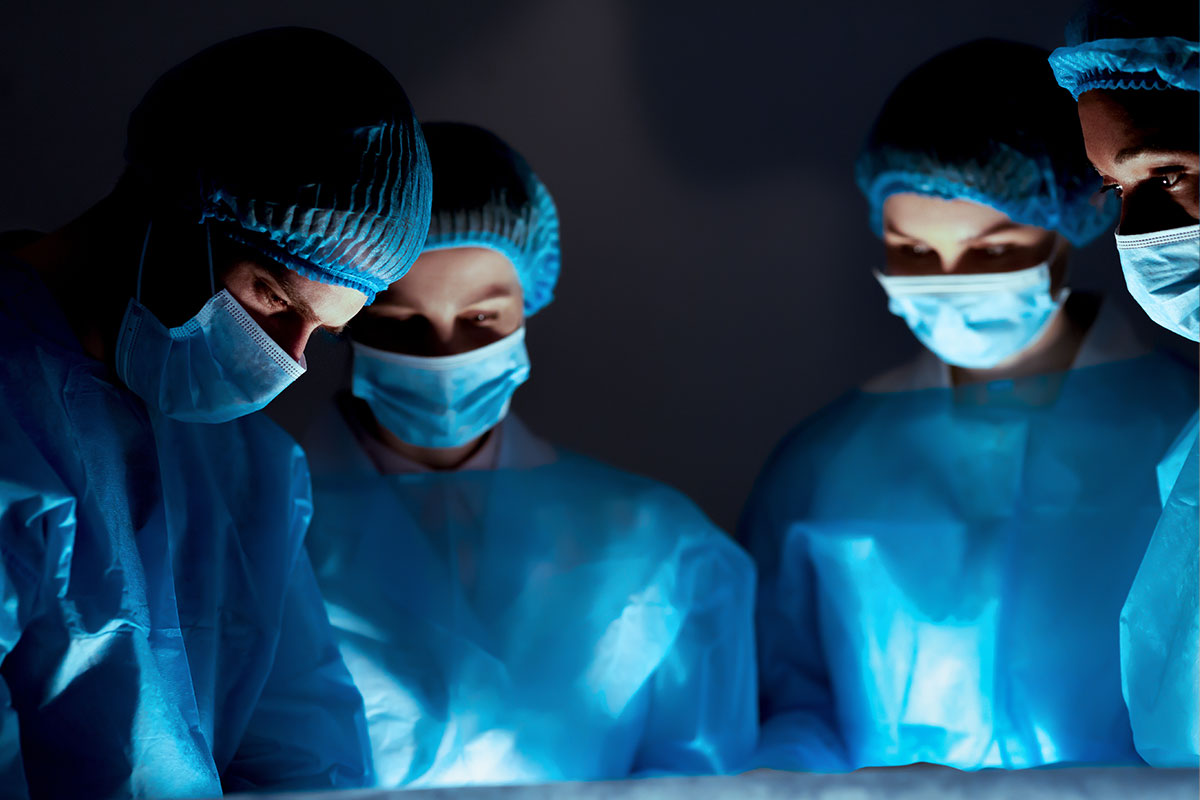 While there are three ways to perform a hip replacement surgery, risks increase based on the method chosen by the doctor, according to research. Patients need to be aware of these risks and the options available to them.

Research shows that anterior hip arthroplasty may come with more risks than posterior and lateral methods. With the two latter methods, the surgeon has better visualization and extensibility. These two methods do come with some risk, such as limping, which is caused by the splitting of abductor muscles with the lateral approach. There is also a higher risk for dislocating the hip when the posterior method is used.

While the anterior method of hip arthroplasty reduces the risks from the other two methods, it causes some serious concerns of its own. There is a greater chance of fractures and infections as well as injury to the nerves.

A study was conducted by researchers at the Sunnybrook Health Sciences Center, which is located on Toronto, Ontario. The research was retrospective of surgeries that had occurred between April 2015 and March 2018. Patients had the procedure done for osteoarthritis.

The researchers took a 1-to-1 ratio of patients who had undergone hip replacement surgery through the anterior method with those who had taken one of the other two approaches. Scoring was done based on several criteria.

Once scores were assessed, the patients with similar scores were compared based on the anterior and either lateral or posterior method. Based on matching, nearly 6000 patients were assessed. Findings showed that those who had an anterior hip replacement surgery had a 2 percent chance of complications within the first year while those with either the lateral or posterior method had only a one percent chance for complications.

While this information is valuable, it does come with some limitations. For instance, there was limited data on protocols given post-op. The data showed that patients who had the anterior method of surgery spent between 1 and 3 days in the hospital whereas the patients with the other methods spent 2 to 3 days.

Anterior hip replacement surgery is a newer procedure being done in the Ontario facility, which could account for some of the differences. Experts state that there is a noticeable learning curve for this procedure.

However, the data does provide surgeons with some important data to allow them to have a detailed conversation with patients who are considering or need hip replacement surgery. They can make an informed decision based on the most current data.

Hip replacement surgery may be recommended for patients with osteoarthritis if other treatments haven’t made improvements. The condition often causes stiffness and pain in the hip. It may also limit the person’s ability to manage their normal routines and limit mobility. A hip replacement may allow them to enjoy their everyday activities again without pain or limitations.

Some Ambulatory Surgery Centers Not Being Monitored for Safety 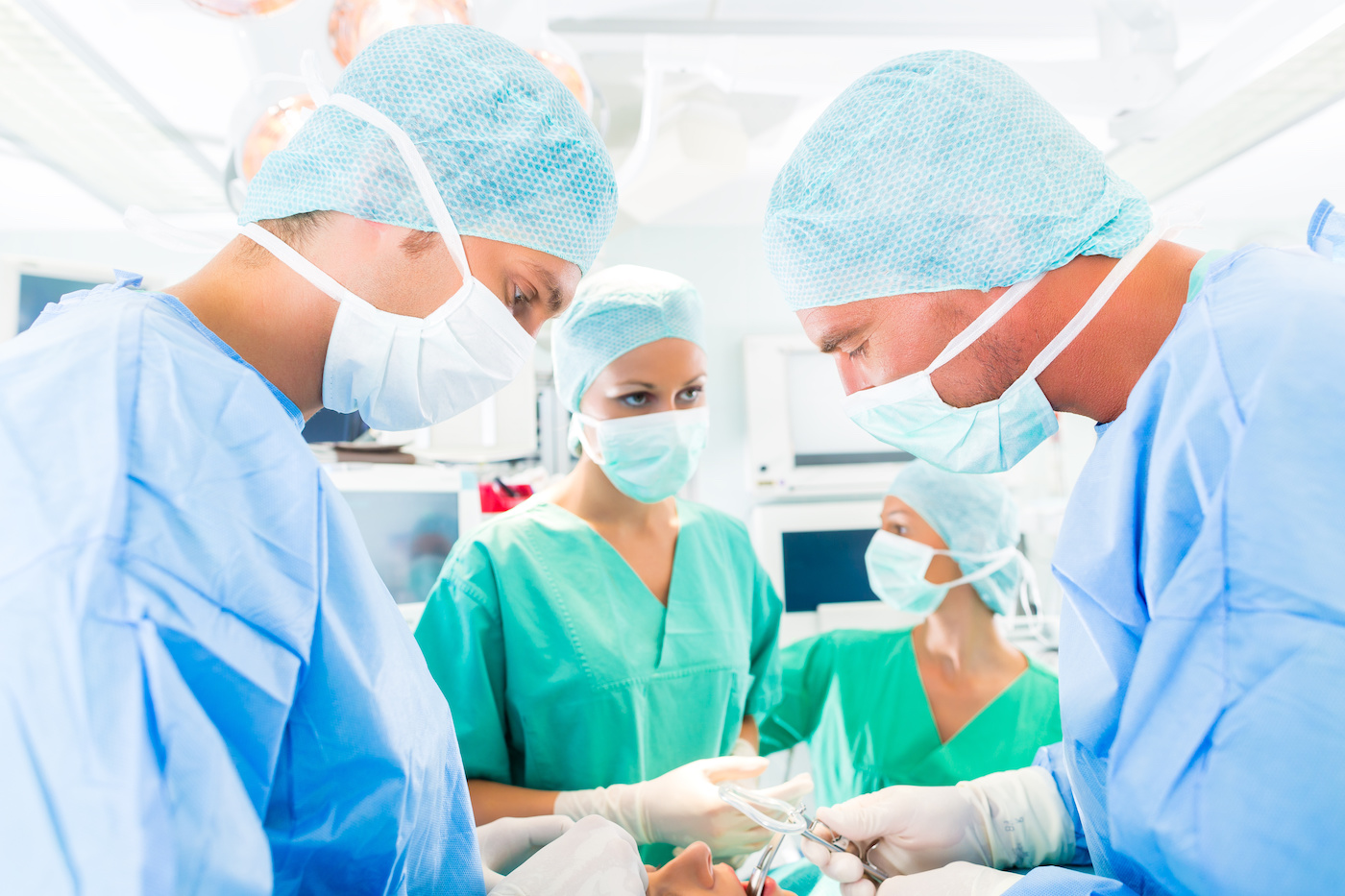 A recent report by the Office of Inspector General showed that about two-thirds of the ambulatory surgery centers (ASC) are not being surveyed as required by Medicare. This lack is troubling because it could mean a lack of safety and quality requirements being met.

Some of the states that have failed in their responsibilities also have some of the highest populations:

These state agencies have a critical task to ensure that Medicare beneficiaries receive quality care when receiving medical procedures. They provide many services, including invasive surgeries, with increased risk of complications. Many of these complications can be lessened or avoided when the facility meets minimum required standards.

More ambulatory surgery centers are in existence today, and they are performing surgeries with higher risk. Of those states that met the required minimum inspections, several significant problems were found.

According to the report, about 75 percent of the facilities had a minimum of one deficiency. Around one-fourth had serious issues. About 20 percent of the deficiencies came from lapsed infection control. These issues pose a serious threat to the patient.

These deficiencies show the need for continual inspections to prevent them from going undetected for even longer. One example of deficiencies was having surgical equipment not sanitized properly. The result is an increased risk for infection with a patient after surgery.

Some other examples of issues that were found when inspections were conducted include not having medical records for some of the patients and not following procedures. They often had problems meeting requirements for patient rights, environmental controls or pharmaceutical needs. Some facilities failed in all three areas.

The most common procedures performed at these facilities which are reimbursed by Medicare are colonoscopies and cataract surgery. Medicare also reimburses for placing a pacemaker in a patient in the ASCs. It plans to allow knee replacements and some cardiac surgical procedures in the next few years.

One concern is that fewer deficiencies were found from 2013 to 2017, but it may be due to less aggressive inspections rather than improved compliance. There are 14 issues which the ASCs must meet to receive reimbursement from Medicare.

The report is important because it is the first time one has been done in over 17 years. The information allows regulators to determine what needs to change to ensure safety of patients at these ambulatory surgery centers. It is critical that patients trust the safety and expertise of the ASCs and staff if they need to have a procedure done at one of these facilities.

Poll Shows Doctors Believe Mistakes are Made Every Day 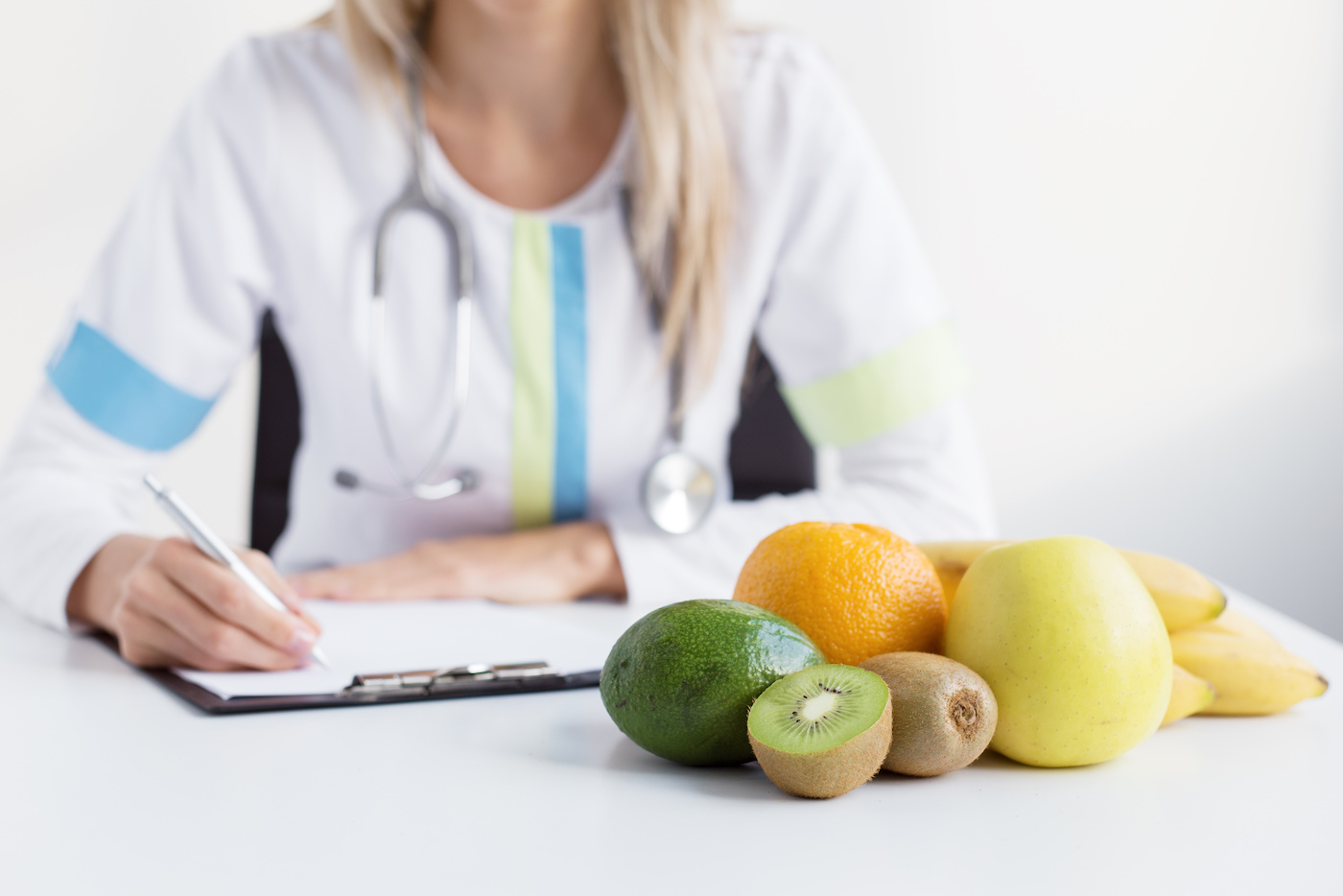 According to a poll by Medscape, one out of every six doctors believes medical personnel makes a diagnostic error each day. Emergency room doctors had the highest rate at 26 percent while pediatricians were at the lowest with 11 percent.

The poll went on to show that general practitioners came in second at 22 percent, family medicine doctors in third at 18 percent and fourth were internal medicine physicians with 15 percent. Medscape posted the results on June 26 which came from a study published in the Journal of General Internal Medicine. The study indicated that doctors weren’t aware of how often they make these errors in diagnosis.

The poll didn’t stop with doctors. It included physician assistants, nurses, and advanced practice registered nurses as well. In these three categories, results were about the same with 17 percent saying they expected diagnostic errors were made on a daily basis. A total of 751 medical personnel responded to the poll with 633 doctors and 118 in the nursing field and Pas.

In spite of those that said diagnostic errors were made on a daily basis, the majority of respondents felt that errors were made less than once per month. It’s important to recognize the difference between making a wrong diagnosis and not having a definite diagnosis at all. In the latter cases, the doctor is likely to refer the patient to a specialist.

Why Errors are Made

The poll included questions as to why these diagnostic errors are made. The top reason was a lack of feedback on the accuracy of diagnoses with 38 percent of doctors citing this response. Lack of time came in second with 37 percent of doctors. The third reason was a culture that discourages errors at 27 percent.

Emergency room doctors state that their job is to determine if a case is an emergency and to rule out an emergency medical condition based on symptoms. They usually must defer to a specialist for the actual diagnosis in the case of a non-urgent matter.

According to the poll, 70 percent of doctors feel uncertain when making the diagnosis, while 34 percent experience uncertainty when ordering tests. One reason for the uncertainty was not included in the poll, which is the unique nature of human’s biological systems. Often, there are variables and numerous possibilities that exist that an accurate diagnosis cannot be made quickly.

One doctor who was polled said that he felt computerized technology must contribute to the diagnoses more as it helps to bridge the gap for medical providers. It will become increasingly important to work with computerized programs to determine a diagnosis for a patient and the best plan of treatment.

At the same time, it’s critically important that doctors and medical staff are careful of any diagnosis they provide. Treatment of the wrong medical condition or no treatment at all can not only hamper the person’s recovery, but it can potentially cause further harm. A second opinion or conference with a specialist can help eliminate diagnostic errors and ensure the patient receives an accurate diagnosis and treatment plan.