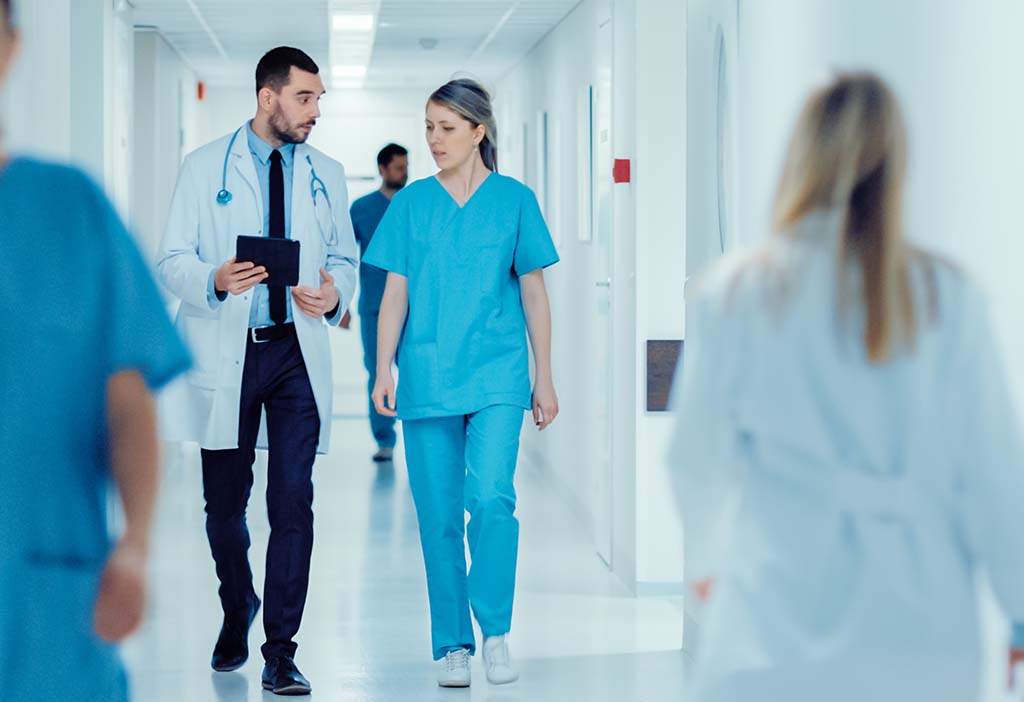 Research indicates that by lowering the number of pills given in an opioid prescription could reduce use of opioid painkillers. Prescription medications are a major part of the opioid epidemic that has spread throughout the US.

Two hospitals in California tested this theory and changed the default settings on computers to a lower number of pills given out in opioid prescriptions. Researchers believe this small change will help prevent opioid use disorder.

What is Opioid Use Disorder?

While not categorized as an addiction, opioid use disorder occurs when a person has a strong desire to take the pills and has developed tolerance to the medication. They may have difficulty reducing use and even suffer from withdrawal. Addiction and the likelihood of addiction to opioids can be classified under opioid use disorder.

This condition usually requires treatment for addiction. It can lead to withdrawal symptoms and further addiction. Both dependence and addiction are part of the disorder.

The Study on Opioid Use in Hospitals

The researchers reviewed how opioids were prescribed in two hospitals for the period between November 2016 and July 2017. They changed the default settings on medications commonly prescribed that contain opioids. This included Percocet, oxycodone and Norco. At one hospital, the default was at 12 pills while the other hospital sent out 20 pills per prescription. The numbers were changed to five, ten and fifteen along with a setting that remained blank for the prescribing doctor to input the number.

When analyzing the results, researchers found that the lower settings reduced the amount prescribed and the number that went above the recommendations from the CDC. Researchers admit this one change won’t stop the epidemic with opioid use, but it’s one small step that can help. It doesn’t cost anything to make these changes to default settings, and the study indicates it has a positive impact.

The Dangers with Prescription Opioid Use

Prescription opioids are meant only for short-term use in most cases. Long-term use has been shown to lead to addiction. While the medications are best used to treat acute pain, they have been prescribed for chronic conditions. The longer a person takes a prescription opioid, the higher the chance they have of developing a dependence on the drug.

When a patient is taking more of the drug than what is allowed, they may resort to visiting multiple doctors to get more than one prescription. The body continues to develop a tolerance which means it takes more of the drug to achieve the desired effect.

One concern with prescription opioid use is that it will lead to illicit drug use, specifically with heroin – another opioid. Research has shown that many people resort to street drugs when they can’t get more of their prescription drugs. A full-blown addiction often develops, which can be difficult to treat.

While prescription opioids aren’t the only cause of addiction, they do play a key role. Researchers are trying to find effective ways to reduce the risk in medications handed out by doctors.

Comments
Related Topics:opioid prescriptions
Up Next

Metformin Not Recommended for Recall 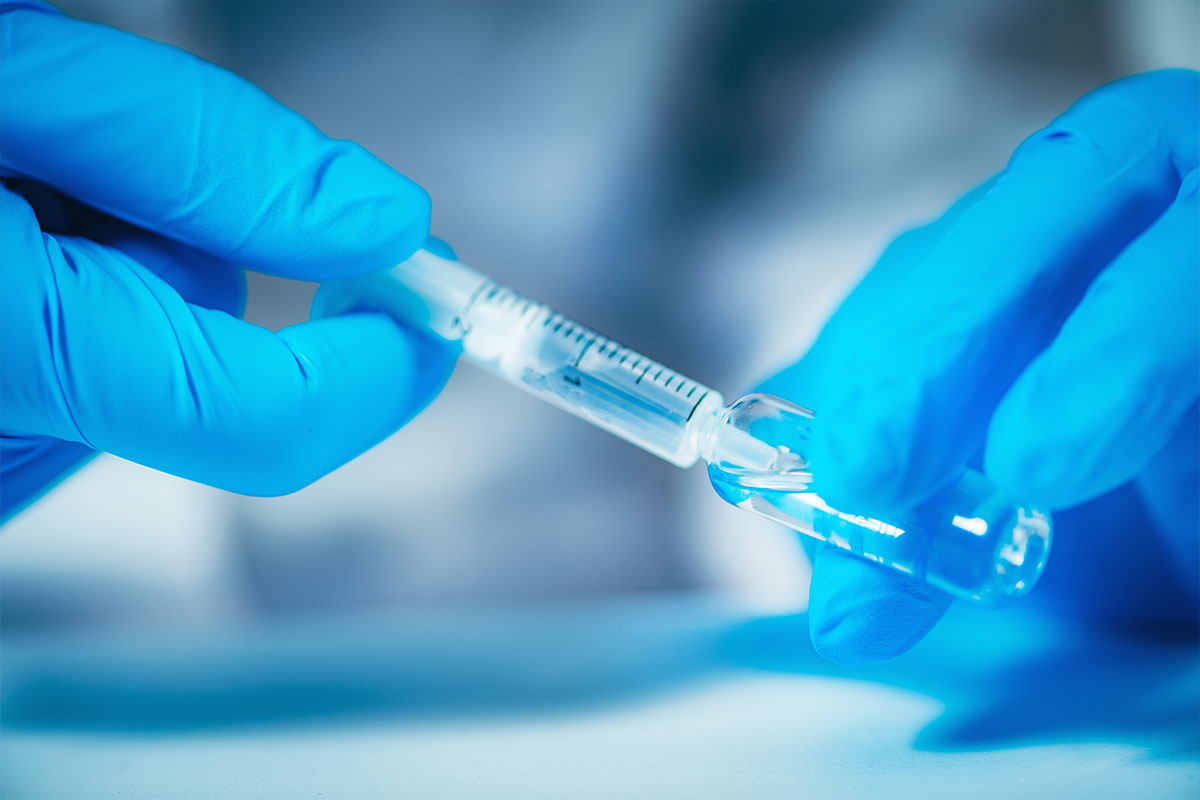 A trial of over 5000 people located in South Africa has ended because the vaccine failed to show indications that it could prevent HIV, the disease that causes AIDS. South Africa has one of the highest rates of HIV in the world.

Failure of the Trial

The drug, also called a jab, is a version of the RV144 vaccine, which showed potential to provide protection when tested in Thailand. This vaccine was developed to work with the most common subtype of the HIV strain found in South Africa.

The experts were disappointed that the vaccine which had shown promise failed to provide protection from the virus. However, they say they will continue research to find other options. Other research is being conducted on various HIV vaccines with the hope that one will work.

Why Finding a Vaccine is Important

Currently, there exists a drug treatment with medication known as pre-exposure prophylaxis or PrEP that helps to prevent the infection of HIV to a healthy person. However, this medication needs to be taken on a regular basis. In some cases, it may be prescribed for daily use.

These treatments aren’t available in all countries. Even in the US, PrEP drugs can have serious side effects for those who take the medications. Some of them may have led to bone density loss and kidney failure. The medication would be prescribed to someone who tested negative for HIV but was in a relationship with a person who was HIV-positive or who had AIDS. The medication works to prevent HIV cells from multiplying and becoming full-blown AIDS. They don’t cure AIDS or reverse the HIV infection.

High dosages of some of these PrEP drugs could lead to bone density loss, which can result in osteoporosis and broken bones. It can also place added stress on the kidneys, which can lead to failure. One of the jobs of the kidneys is to remove excess lactate acid from the bloodstream. If the kidneys can’t do their job adequately, it can cause multiple issues, including nausea and vomiting and difficulty breathing. If not treated quickly, the condition can be fatal.

A vaccine could potentially be a one-time treatment to prevent HIV in those who receive it. It would also be easier to access in other countries where alternative treatments aren’t as readily available and less expensive with one treatment over continuing medication.

While regular testing, abstinence or protected sex and the use of PrEP medications when necessary have reduced the spread of HIV to their loved ones, it hasn’t ended the HIV epidemic. Researchers still hope that the right vaccine will be found, which could mean the end of HIV for people in the US and around the world.

Metformin Not Recommended for Recall 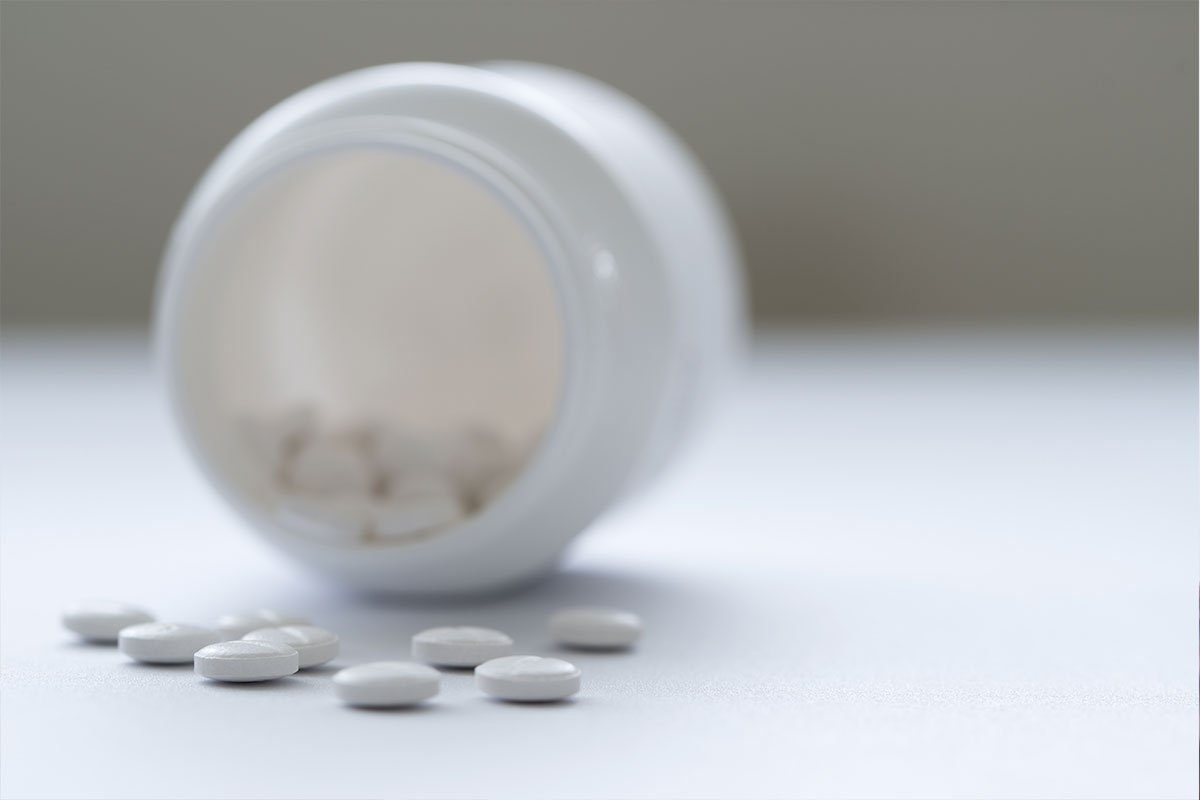 The FDA doesn’t have any recommendations to recall the drug metformin, which is used to treat type 2 diabetes. The government agency had conducted testing on these products for evidence that they contained NDMA or N-nitrosodimethylamine at levels that were higher than acceptable.

NDMA has been found in various heartburn medications and drugs used to treat hypertension. Several drugs have been recalled in 2018 and 2019. According to the tests conducted by the FDA, the presence of NDMA was low to not detectable.

This is good news for those with a diagnosis of type 2 diabetes. According to statistics, over 30 million people have a diagnosis of diabetes in the United States with all but about 5 to 10 percent being listed as type 2. Metformin is one of the most popular treatment drugs in use. No one should stop taking the medication without talking to a medical professional, warns the FDA. It could be dangerous for their health to stop without supervision.

The FDA says it will continue to monitor for any future concerns. If the rate of NDMA exceeds the allowed amount in the future, it will issue a recall.

Other Impacts of NDMA

Metformin isn’t the first drug to be tested for the presence of NDMA. Zantac, a well-known OTC medication for heartburn, was recalled because of the levels of the chemical found in the product. Blood pressure medications also received the same scrutiny and tested too high for NDMA to be considered safe. They included valsartan, losartan and irbesartan. There are concerns that the chemical was present in some of these drugs for up to four years.

NDMA is an organic compound, which is often seen in cured foods or smoked meats. It’s also found in manufacturing as a by-product. One of the most alarming uses for this chemical is that it is used in scientific research to cause cancer in lab rats. Many experts believe it is a possible carcinogen for humans as well if it is found in a high enough concentration. The Centers for Disease Control and Prevention (CDC) indicates that it can lead to damage of the liver. While it is found in drinking water, the level is expected to be at seven nanograms per liter.

A high level of NDMA or chronic exposure to lower levels could potentially cause cancer. It is found naturally in certain foods and beer as well as the smoke from tobacco. These amounts are considered safe.

High levels in laboratory animals caused cancer of the liver and lung. In humans, it has been shown to cause internal bleeding and liver damage. This is one reason for the monitoring of drinking water because the chemical can get into the ground where it seeps into water. While NDMA breaks down quickly in sunlight, it can’t break down in the ground where no sunlight can penetrate. The FDA says it is unacceptable to find traceable amounts of the chemical in medications, which is why products are recalled for levels over the legal amount. 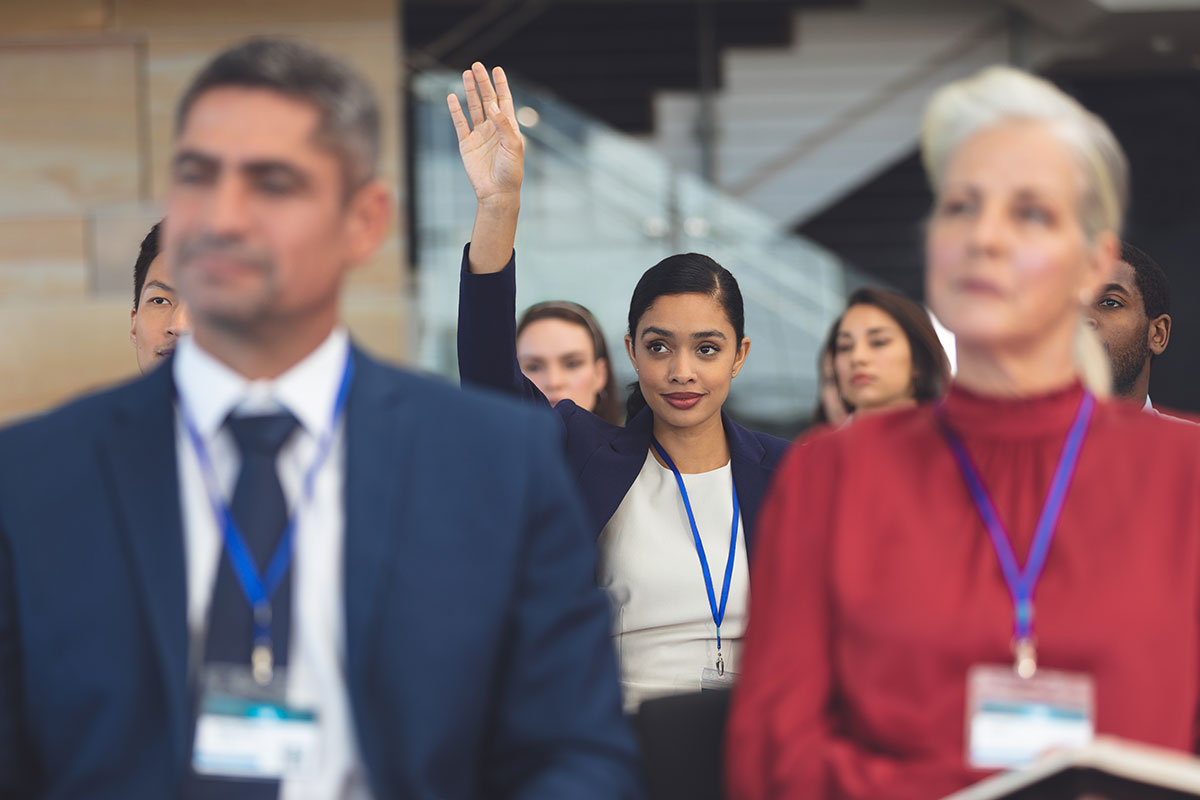 The US Food and Drug Administration (FDA) requested that drug manufacturers of long-acting opioid prescriptions pay for safety training in 2011. However, records show that the agency failed to follow up on whether the program was successful.

The goal of the program was to determine if the training for physicians who prescribed opioids was effective and to monitor other measures being taken to reduce addiction of opioid prescriptions as well as overdoses and fatalities.

According to critics, the program had a flawed design from the beginning, but it was never evaluated accurately either. Congress granted authority to the FDA back in 2007 to require training of physicians on drugs that were likely to cause addiction. The bill went into effect as a response to the oversight of the agency to monitor dangerous drugs.

Documents showed that the FDA couldn’t determine if the program was effective because the design of the studies was poor. Around 60 drugs can be included in the risk-management program. This not only includes opioids but other medications, such as isotretinoin, which is a drug to treat acne and often branded as Accutane.

Critics of the program say that the FDA allowed the pharmaceutical companies to monitor their own training. It also fails to monitor the quality of the training being given. According to a report from the Department of Health and Human Services, only about 14 percent of the programs for safety that had been reviewed by the FDA were able to meet the requirements.

The Dangers of Prescription Drugs

When it came to opioids, the requirement was that 60 percent of prescribers must take the classes, but only less than 30 percent followed through during 2012 to 2016. Even though the number of prescriptions given out was dropping, it couldn’t be determined if it was because of the training. Another issue with the program is that it didn’t provide accurate data on the correlation between the training and the reduction in overdoses and deaths. National data on overdoses had no distinction to show which doctors had taken the training and which ones hadn’t. Because of this, it was impossible to determine if the program was effective in this area.

This same problem has occurred in other programs. For instance, one program was designed to monitor the prescribing of fentanyl drugs that are to be given only to patients with cancer. While these drugs were meant only for those specific patients, many doctors prescribed the medication for other conditions.

The FDA made it a requirement for safety programs to be in place when prescribing all opioid prescriptions and not just the long-acting kinds. This change happened in 2017, but it implies that the long-acting opioids are safe for chronic pain, which goes against most research.

Prescription painkillers have been responsible for many deaths related to overdose. Doctors were prescribing these drugs at a high rate that reached its peak in 2012 at 81.3 prescriptions per 100 patients. While the rate has declined, overdosing is still a major problem in the US, especially in certain regions.