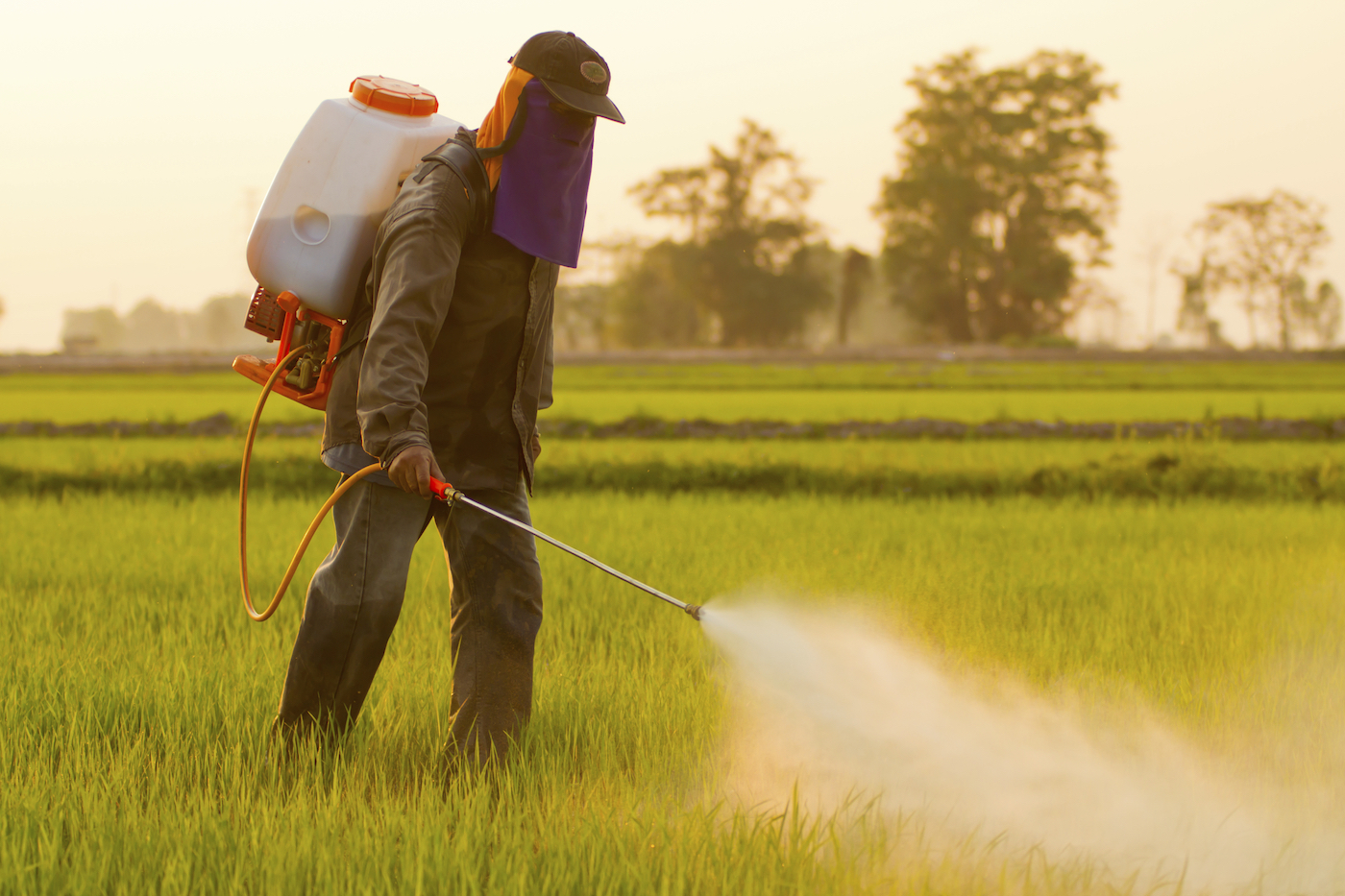 A unanimous jury verdict in San Francisco federal court held in favor of a California man who alleges that the weed killer Roundup caused his cancer, and it awarded him more than $80 million in damages.

The plaintiff, 70-year-old Edwin Hardeman, said he used Roundup to control poison oak and weeds on his property for 26 years. In 2016, one year after he learned that he had non-Hodgkin’s lymphoma, a type of cancer, the World Health Organization declared that glyphosate, the key ingredient in Roundup, was a probable carcinogen. Thereafter, Mr. Hardeman sued Monsanto alleging that it was a direct cause of his cancer.

Roundup, with its active ingredient glyphosate, is the most prevalently used weed killer in the world. It was first developed by agro-chemical giant Monsanto; however, now that the chemical formula is no longer patent-protected, many other brand versions are readily available. Roundup has been manufactured for years by Monsanto, which was acquired last year by the German company Bayer for $63 billion. In response to the verdict, shares in Bayer fell more than 12 percent in one day.

This case was only one of more than 11,000 active cases across the United States that are also claiming that Roundup caused cancer, and this is only the second case to go to trial. The first case was tried in August 2018, when another California man also alleged that Roundup caused his cancer. The jury in that case ruled in his favor, finding that the Roundup was causal reason for his cancer. The jury awarded the plaintiff $289 million in damages.  (That verdict was later reduced to $78 million and is being appealed by Bayer.)

In this most recent second case, the jury’s verdict concluded two phases of the trial. In the first phase, the jury’s initial verdict concluded that Roundup was a “substantial factor” in causing his cancer. The verdict was based on expert testimony and research that showed that Roundup causes mutations in human cells that can lead to cancer. The expert research and testimony also alleged that people who are exposed to Roundup are more likely to develop non-Hodgkin’s lymphoma.

Lawyers for the plaintiff say that Monsanto repeatedly ignored scientific studies that showed the harmful health effects and carcinogenic nature of Roundup.

Despite these two verdicts, Bayer has denied the allegations that Roundup, or the chemical glyphosate, cause cancer. The company maintains that the product is safe, and that glyphosate-based herbicides are not cancer-causing. The company said that it is “disappointed” with the jury’s decision and emphasized that it is appealing both rulings.

Comments
Related Topics:
Up Next 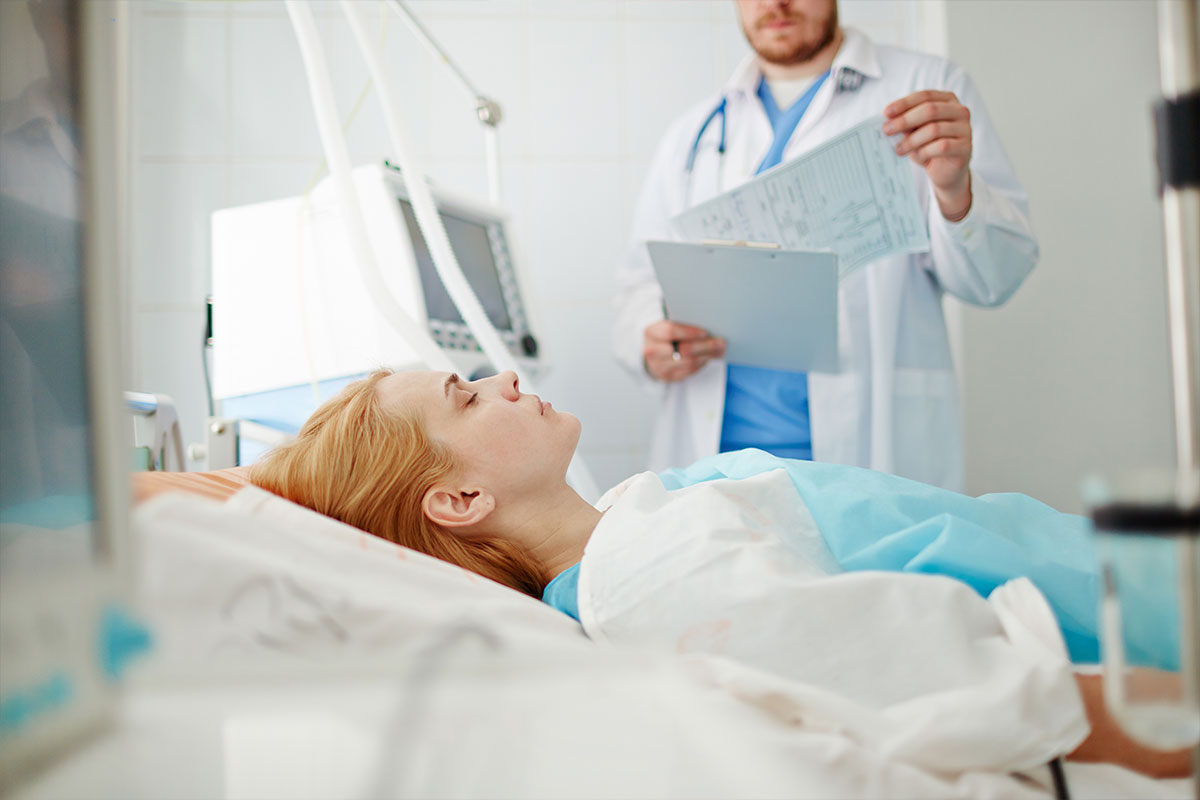 While the vaping illness that was so prevalent in the news during the summer of 2019 isn’t making headlines now, it’s still a major concern with new cases and deaths being reported. Four more deaths have been added to the list since January 21, bringing the total to 64.

Those deaths have occurred in 28 states, according to the Centers for Disease Control and Prevention (CDC). The number of those hospitalized for the illness was up to 2758, which is an increase of 47 since the January update. The illness also has a name – EVALI or e-cigarette or vaping product use-associated lung injury. Most of the products contain vitamin E acetate, which is a product safe for use as a topical or for eating but harmful when inhaled. However, the US Food and Drug Administration (FDA) still believes there could be more than one cause of the disease.

According to health officials, the worst of the disease occurred in September 2019 with the most cases being treated. New cases are still being treated and reported around the country and other deaths are under investigation. The government agencies have warned people to avoid using illegal products for vaping.

Sales of vaping products, especially those that contain THC, have dropped around the country where cannabis has been legalized for recreational use. Washington had the largest drop in sales by nearly 50 percent. Other states, including California and Colorado, are seeing an increase once again.

Federal agencies claim that nicotine vapes aren’t part of the outbreak of the illness. A ban across the country on most flavored vaping products took affect early in February. This includes fruit and mint, but it may not be as effective as is hoped. The ban focused on cartridges for vaporizers or prefilled pods, such as those manufactured by the major e-cigarette manufacturers. Disposable vapes weren’t included in the ban, and they feature various flavors.

There is some concern that states may be taking the ban too far. Proponents for vaping say that banning menthol could do more harm than good. They cite statistics that say menthol smokers smoke less than non-menthol smokers. Vaping in schools is still a major concern because the devices are easy to conceal and use during school hours. It can be difficult to catch a student vaping. The schools are concerned about how vaping is impacting their studies and grades as well as their behavior at home.

The design of many of the vaping products makes it easy to hide in plain sight. For instance, one product looks just like a Sharpie and even has the word written on the side. Another product looks like a watch, which can be worn on the wrist. To combat this problem, some schools have installed vapor detectors in bathrooms. While no alarm is triggered, a message is sent to administration to alert them about what is going on.

Vaping may not make the headlines as it has in the past, but it still carries a risk for those who continue. 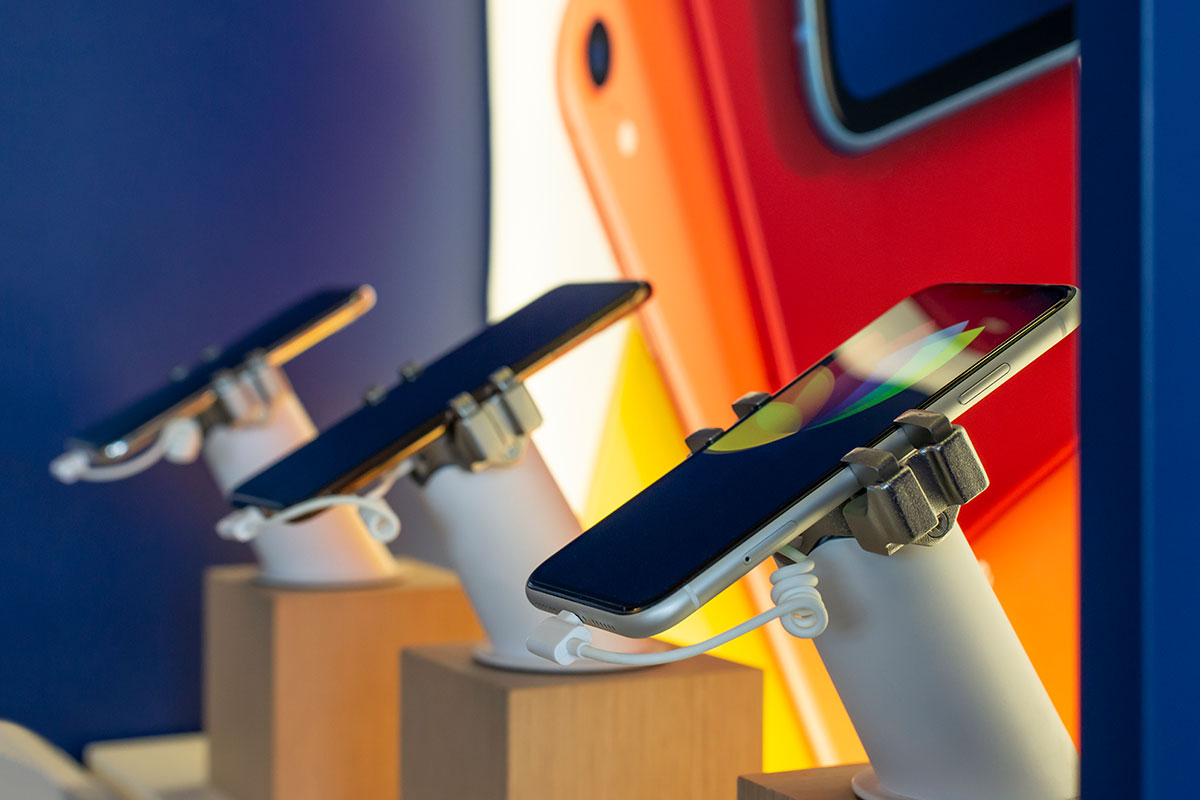 Over the years, you’ve probably heard that a wide range of things can lead to cancer. New research will either validate or deny these claims, but it can be hard to separate fact from fiction. Here is a list of a few things that have created concern in recent years and the truth about them.

One of the most popular items that has been linked to cancer is artificial sweeteners like Equal and Sweet ‘n Low. Sweeteners that contain saccharine got a bad rap a few years back when it was discovered that the ingredient caused cancer in rats.

According to researchers, rats react in a different way to saccharine than people. There has been no indication that it leads to a higher cancer risk, and the warning label has been gone on these products since 2000. Aspartame hasn’t been found to cause cancer either.

While cell phones haven’t been linked to cancer, they do come with warnings. They emit the same kind of energy as what is found in microwave ovens. It’s best to use a hands-free device, just in case.

You may not think about the dangers of eating processed meat, but the nitrates in hot dogs, lunch meat and other types of meat could cause cancer. These nitrates specifically increase the risk for colon cancer.

No, coffee doesn’t cause cancer, which is good news for coffee fanatics. In fact, even better news is that research shows that drinking coffee regularly could reduce the risk for specific kinds of cancer, including liver, uterus and prostate cancer.

You can find this ingredient in mouthwash and toothpaste, along with other products. It may also be present in drinking water. While there have been concerns for how it can cause cancer, no direct link has been found.

Both of these products are designed to help prevent odor, but antiperspirant keeps you from sweating while deodorant stops the smell. These products contain various chemicals that act similar to estrogen, which can cause cancerous cells to grow. However, no definite link has been found between the products and cancer.

X-rays aren’t safe for the body, which is why doctors and dentists cover you with a lead blanket to keep the radiation away from your body. Higher doses of radiation lead to a higher risk of cancer. However, x-rays usually include a small amount and only slightly raise your risk.

Some cleaning products and other household items can increase your risk of cancer. The dangerous products are those listed as volatile organic compounds or VOCs. If they are listed as low-VOC, it means they are safer. You can look for products that say danger or poison, highly flammable, corrosive or highly combustible as an indication of what to stay away from.

Some of these items have been linked to cancer while others have not proven to carry a risk. It’s best to be careful and avoid certain products if you’re concerned. 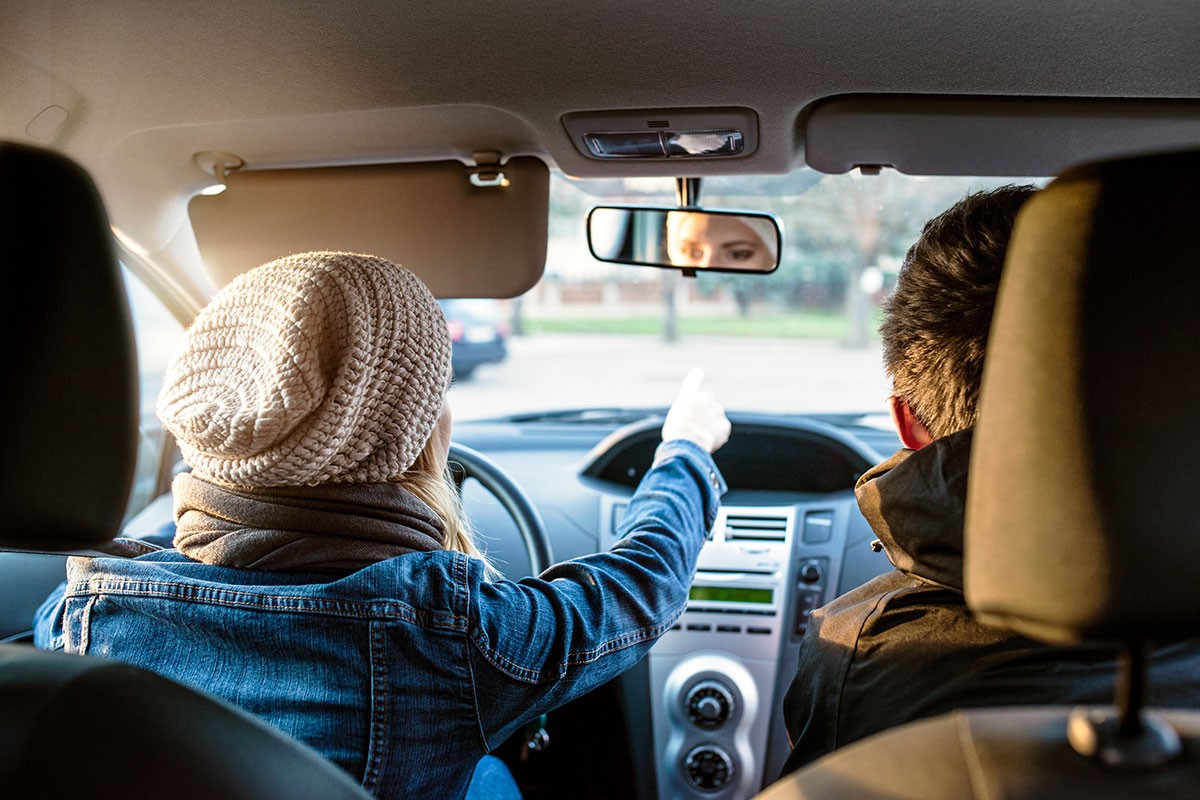 A study done by the University of California at Riverside suggests that carcinogens in car seats may increase risk for developing cancer on long commutes. According to research, car seats contain TDCIPP, a flame retardant.

CBS News reported on the study, which raises the concern for people who spend longer times in their vehicles due to commutes to work or school. People who are exposed to carcinogens long-term may have an increased risk for developing cancer.

This chemical is technically known as chlorinated alkyl phosphates. It’s used in automotive seating and upholstery as a fire retardant. It’s also been used in the pads on infant changing tables and nursing pillows. It was once used in pajamas for children, but it was eliminated because it caused serious side effects. However, it’s still one of the most common additives for baby products.

The chemical can get into the air and mix with dust in a home. It can fall onto various surfaces in the household, including toys. Children who put the toys in their mouth may ingest the chemical. TDCIPP can also land on food, which would allow adults to ingest it. With vehicle upholstery, the dust could be breathed in because of the closed space.

It can be difficult to eliminate exposure to this chemical, especially when it comes to driving or riding in a car. However, you may be able to limit your exposure in other ways by reviewing the materials in the products you buy. TDCIPP is found in polyurethane foam. You can choose cotton, polyester or other natural fabrics that are safer and don’t contain foam.

TDCIPP was added to Proposition 65 in California, which is a list of chemicals known to cause cancer. This chemical was added in 2013, but it’s still being used in vehicles. The study showed that elevated risk came from just a week of commuting.

The Study and Participants

The study used about 80 participants, all of whom were students with commutes of about 15 minutes up to over two hours. The participants wore silicone wristbands as part of the test for five days. Airborne contaminants are attracted to silicone. The research team believes that the chemical then migrated to the participants’ systems.

The team plans to conduct another test with more participants of various ages. They plan to study ways to protect those who must commute daily from exposure. At the present time, they recommend dusting the inside of the car regularly to remove any excess dust. The Environmental Protection Agency also has guidelines on how to limit exposure to contaminants, though they may not be specific to TDCIPP.

The concern goes beyond what information was learned in this study to the possible impact for those who spend years with daily long commutes. Some people travel for one or two hours every day or more for many years. The potential for long-term effect is still an unknown until more research is done on TDCIPP and commuters.